I GET BY WITH A LITTLE HELP FROM MY FRIENDS 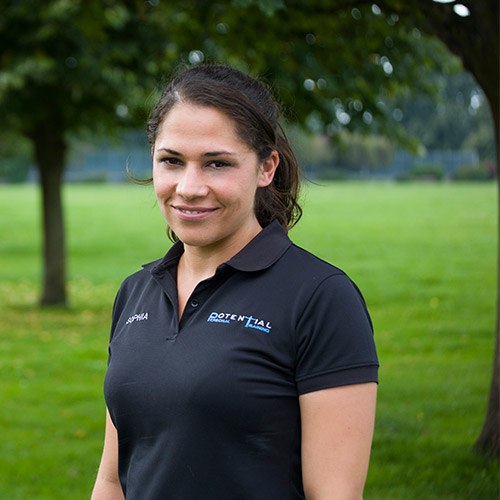 So here we go with my second blog, this time I will be focusing on team work and the support this brings when training in whatever activity you take part in.
Over the last few weeks I have been watching lots and lots of team sports from the Super Rugby to the Tour de France and from the Cricket to the Commonwealth Games. It is important to remember that whilst some sports are focused on the individual that we see on the screen, there is always a team of people in the background working with them and supporting them – whether it is the coach, physiotherapist, nutritionist or psychologist to name but a few.
My house has become my very own sports bar and my wife is not happy. This has not been helped by the fact that my son Henry is starting to get in to the sport with me. He may only be turning 2 at the end of August, but he has already tried his hand at tennis, rugby and his new favourite activity being swimming. We would practice this while watching the Commonwealth Games by Henry laying across my legs, then me shouting “kick, kick” while H kicked frantically. This would then involve the rest of the family having a go, as demanded by H. Which we do sort of. We then move onto another water activity by practicing diving from the sofa on to a pile of cushions on the floor, this is also proving to be another one of his favourite games.
All this sport watching and practice sessions in the lounge has helped with his confidence in a real swimming pool. We use to take him when he was under one but his confidence dropped which resulted in the pool level increasing as his tears kept flowing. So the time came where we wanted to get him back in the pool, now that little bit older, and so far so good. My wife took him last Sunday morning while I was training and reported back that he was throwing himself in from the side, going on the slide without a care in the world, while all the time shouting at the top of his voice “kick, kick, kick”. Might be placing a small bet that he will win a gold at the Olympics in 2028 – especially having seen the youngsters winning medals in the recent Commonwealth Games. Starting to feel like a coach myself!
When it comes to team sports, my choice has to be Rugby whether this is the 15-a-side or the shorter 7-a-side game, if I can find a match on TV then I am watching it. This is obviously helped by the fact that England is actually good at this team sport unlike other national teams who get a lot more funding and press as well as much higher salaries. I play at a local club and as the new season approaches, the preseason training and fitness camps have begun. I love being involved and playing as part of team, we support each other on and off the field especially showing encouragement on the field when the scores are somewhat not in our favour. With the preseason training in full flow, it is important that all team members attend to ensure relationships are built as well as showing the support for one another as each of us goes through the pain threshold as we flip lorry tyres or have to do another set of burpees as we wait for the countdown of the coach’s whistle to be blown. All these activities and support are as important as we build together as a team to be ready for the challenges ahead in the new season. I enjoy being part of the team – I know I have the support in place to pick me up if I am feeling down about my performance or show me the encouragement to continue to strive for success either as an individual scoring tries or supporting my team mates in what seemed a tough game. As the Second Team Captain, I also have the role of urging the others to come along to training as well as pushing them through the exercises by providing those very important words of encouragement on and off the pitch. I have added a few photos of some of the stuff we get up to.
Using these techniques I am able to bring this to PPT – whilst it might be the individual training, we are the team behind you showing you the support both verbally and physically as well as advising you on nutrition. If you make the decision to train as a group, not only are you benefiting from the support from your trainer but also from those training with you by being there for you through the hard times (or that extra set of mountain climbers!), saying words of encouragement or joining in the banter as you complain at me in jest as I ask for another set!
I believe that no matter how independent we all want to be, we have all got our own team of supporters, helpers that we need and use on a daily basis. This is the same for us at Potential, we hope that all our clients feel like a team together, all striving for that one common goal – a healthy and active lifestyle.

Do you want to experience the amazing support of like-minded people around you, that will motivate you, support you and inspire you though your journey? Then contact Potential PT now, call 01444 484129 or CLICK HERE to register for a FREE consultation!!